Patch that completely changes the game mechanics and 75% discount.

Here is what we were doing all this time, hope you will enjoy it. 🙂

Please note that the game became slightly bigger. Previously it was 18 GB and now it is 36+ GB.

Also, create new save if you are using single player mod.

Now let’s get to the patch.

Weapon unload system – Now you can unload the weapon ammo clip and unload the ammo clips to get the ammo itself. More management, more opportunities to screw something up, and as a result more fun.

Food efficiency overhaul – We’ve made some changes to the food replenishment volume. For example, now after eating a piece of bread, you will not need to drink a bottle of water which equals higher chances of survival.

Items durability – You may notice a percentage bar under each item. If previously you were forced to drink the whole bottle of water, now you can drink that much as you want. It also applies to food and medicine items. Now when you find a piece of bread and beef can you will be comparing the outcome from each item. So 10% durability can of beef is much worse than 78% durability bread. Also you may give all that you didn’t finish eating to your squadmates, or maybe to bargain with wolfs (Don’t try it).

Garbage system – What are you doing with a bottle of water after you have drank all of it? Don’t throw it away, now you will be able to use it again. Refill it and you will have a brand new bottle of water. Keep the earth safe, don’t throw out the plastic bottle.

Map signs – Now you will see spots of interest on the map. If you didn’t discover it yet it will be shown as a question mark, once discovered, a new location will be marked on the map. Besides that, we’ve made the map retexture. 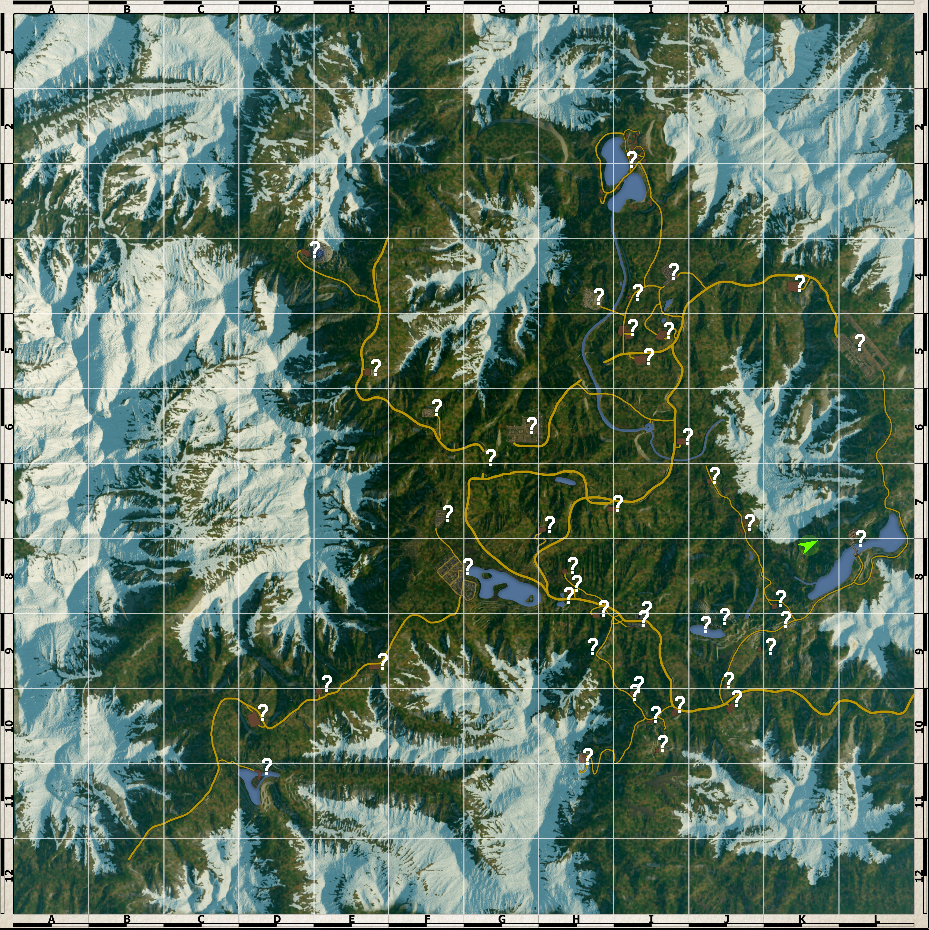 Squad system – Now you are able to invite your friend to the squad, which will allow You to keep on track of each other. It will provide you better coordination and combining with squad Vo-Ip you can act as a commando or at least hear the last words of your teammates.

The squad size is 4 players max and 2 players min. 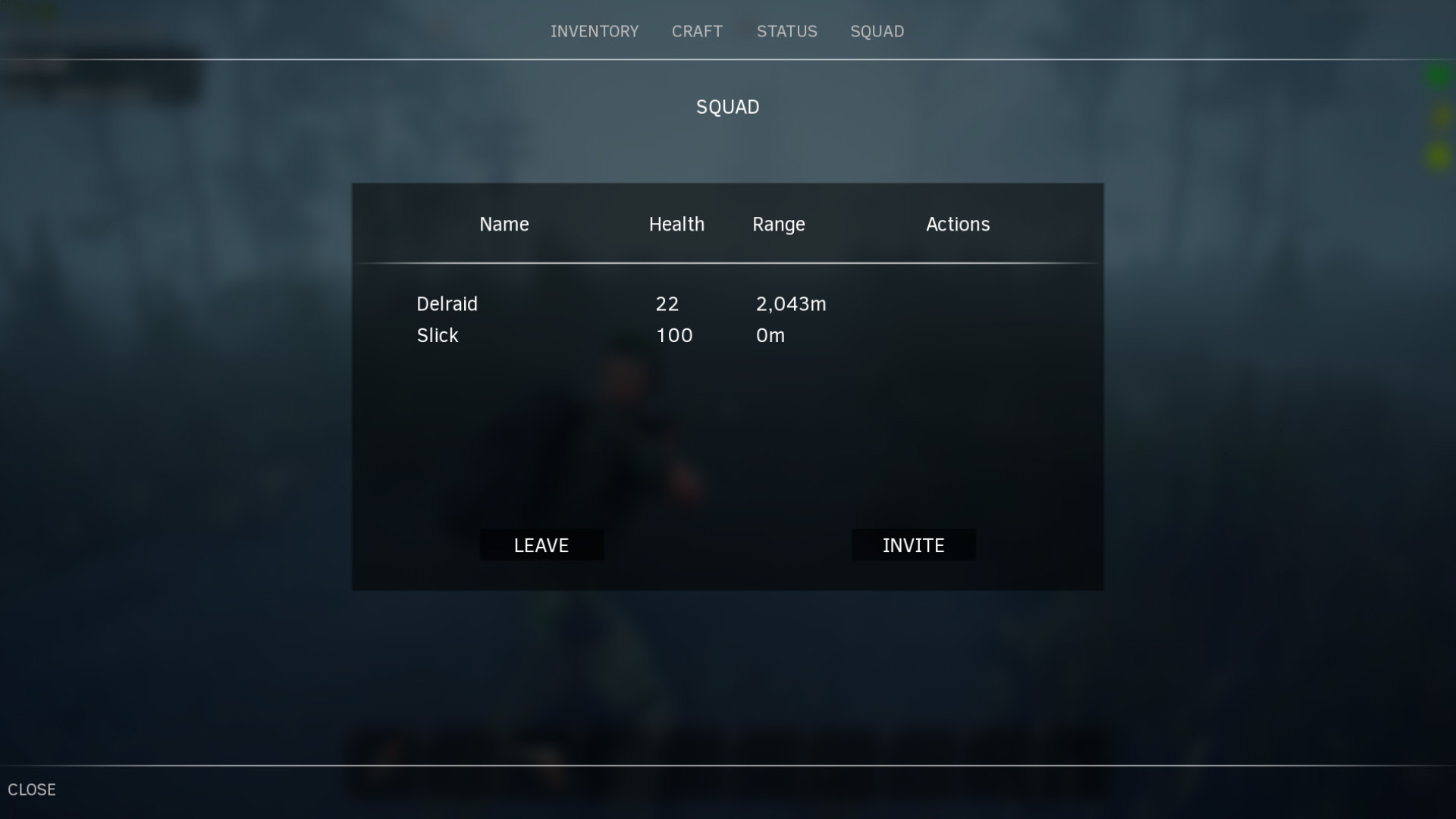 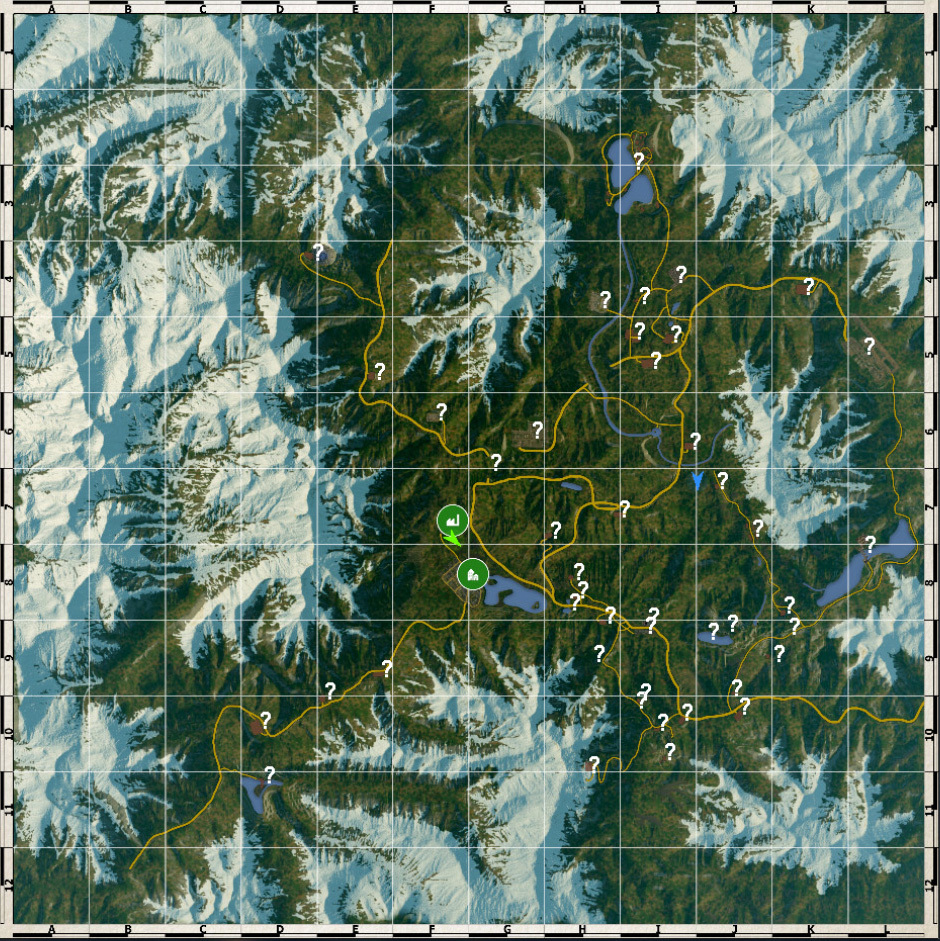 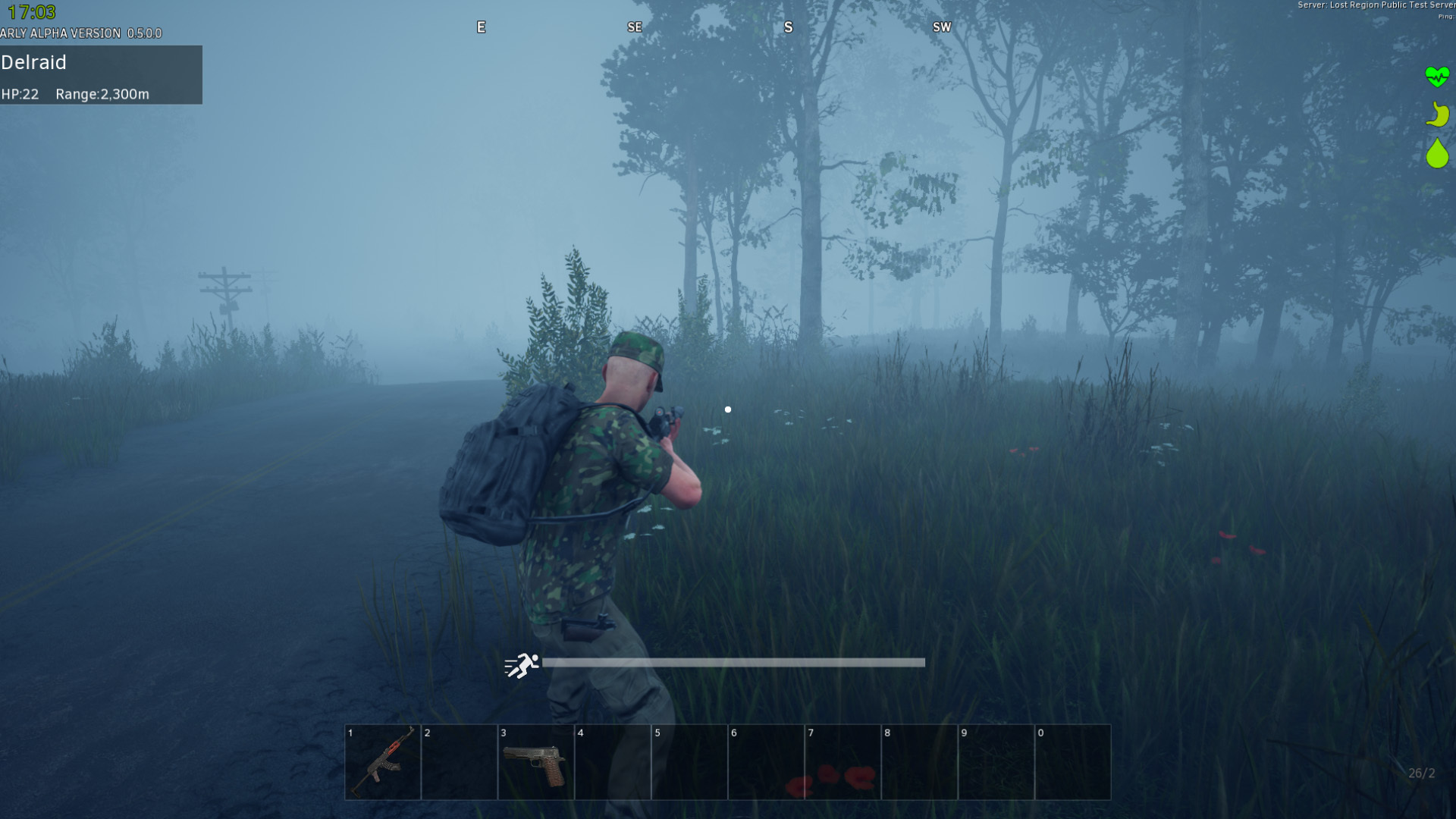 Also with this players list, you will be able to invite players to your squad. We will continue our work on improving the social system.

Stamina reduction and damage effects – Blood from damage and blur from critically low stamina level, besides that you will also breathe really fast, which might tell your chaser where you are.

Random encounters – Now there is no safe place in the Lost Region, besides maybe your base, which is also debatable. With the 0.5.0.0 patch players’ have a chance to meet a friendly deer or a hostile wolf or mid-hostile wolves chasing mid-friendly deer or something more deadly.

Global map overhaul – In addition to the new light system we’ve added new levels and overhauled the old ones.

Dedicated server option – We’ve implemented the option to create your own dedicated server for the Lost Region. In the future we are planning to implement the steam mod tool, so you will be able to customize your game. 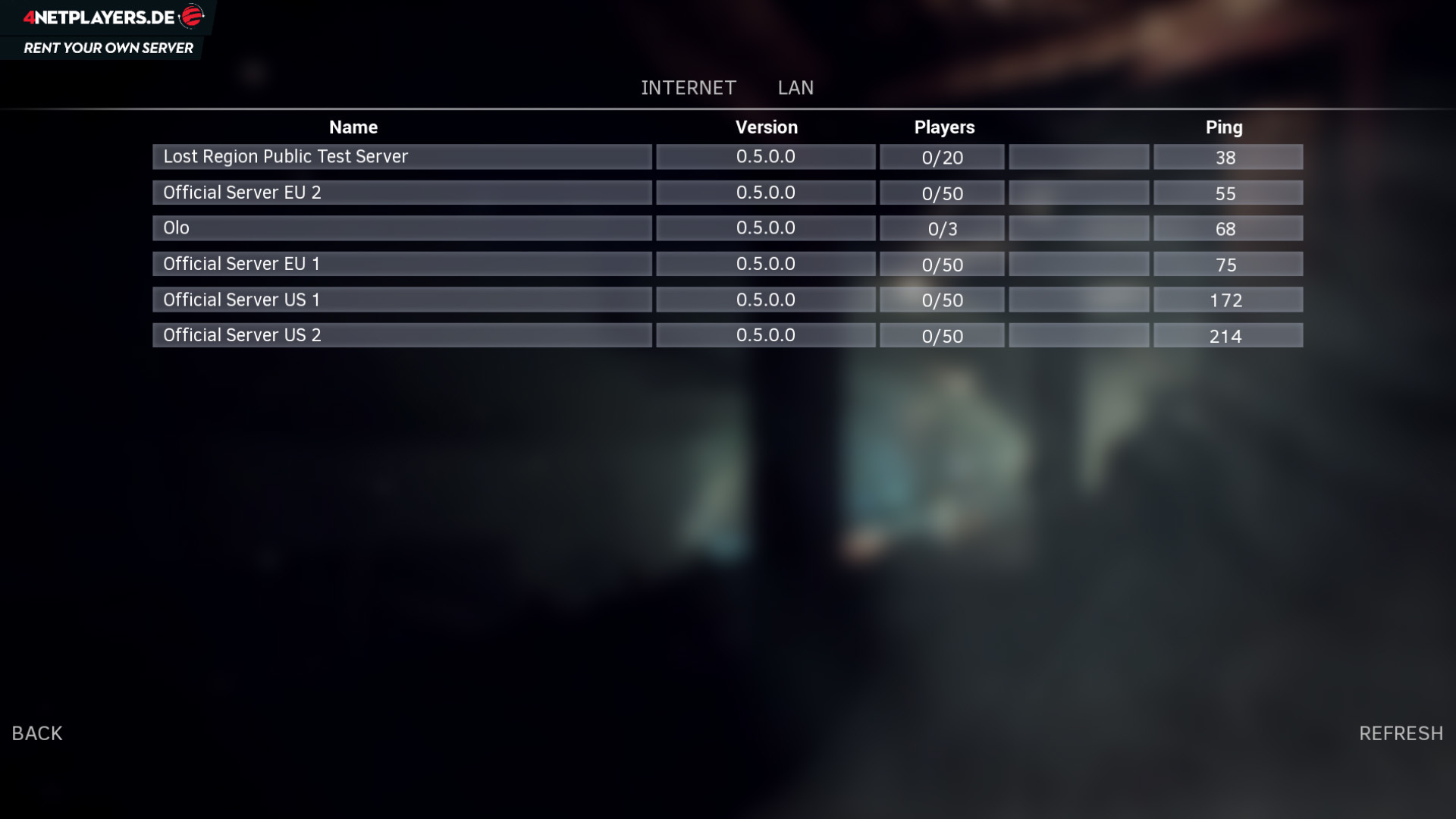 In the future you will be able to decide, how will the world recover after the apocalypse, if it will recover at all.

What will be next?

First of all, hotfixes for all that we didn’t take into account. Then, more new features will be added. Of course, You are who influence the development, so if you have any suggestions don’t hesitate and write to us.

Below you will see the fix list, for those who like to read sentences that start with Fixed.