We are back with more info about the patch. So let’s cut to the chase.

HUD is one of the most important parts of any game, it allows the player to manage his character with more proficiency. Of course in real life you are not able to see your starvation level or information about your injuries and until humanity invents a tool to give us IRL feelings playing games HUD is the best way to replace those feelings. New HUD will be much more informative and fancy, check the concept screenshot below and tell us what you think. 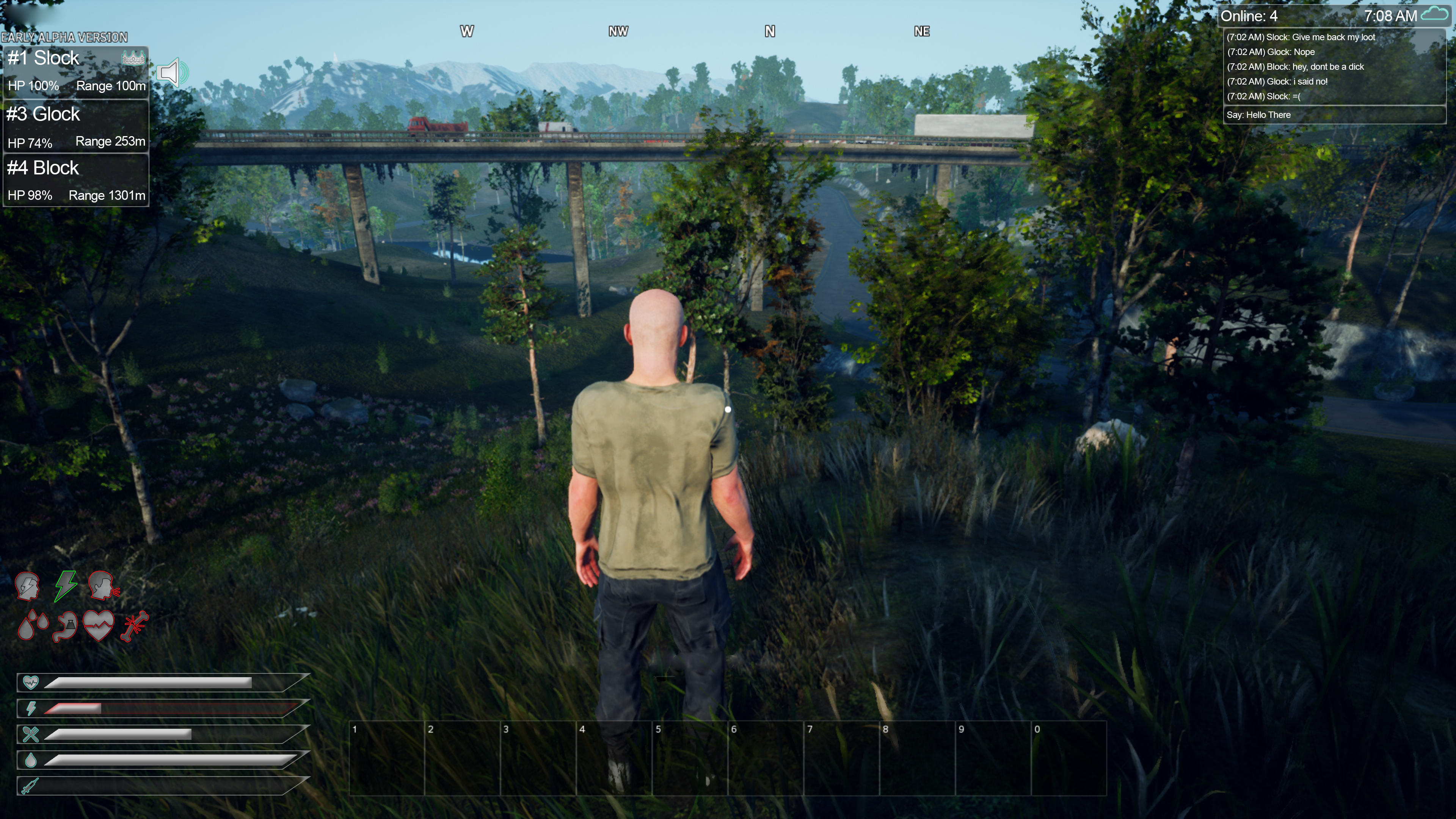 Along with new features, we are fixing bugs (as always), thanks to our new comrade process is much more efficient now. A little note about bugs and how they appear. There are several types of bugs.

Functional bugs appear rarely because these types of bugs are simply incorrect function execution. For example, you want a bandage to heal instead it will harm you.

Visual bugs usually appear due to the game engine not able to handle the task, rendering issues, etc. Most likely it could be fixed in a matter of few days depending on the amount of work, but they are usually most easy to fix.

Floating bugs, these types of bugs are the most frustrating. Because it is hard to determine why and when they appear. Especially when the error is related to the game engine if you are not the creator of the engine you can only use forums and documentation which is not that detailed if you look in it. These bugs could take ages to be fixed, and usually, they are critical as hell.

There are tricky, usually, when the program is executed it will return you a value, if it is 0 then your program works fine, however, sometimes there are logical errors, for example, the bandage must heal you for X amount of HP and then disappear due to the fact it’s been used, but instead, it duplicates itself. The bandage disappears which means the program works as intended but it still has a logical error because of duplicate.
There are much more types of them, but they mostly aren’t that important, for example when some text is missing and other minor bugs.

That’s all for now, this weekly was a little bit educational, hope you enjoyed it and cya next time 😉